Serendipity, as we've said before is a most capricious and unpredictable muse. But she can be courted. And the way to court her is to do the things that give her an opportunity to show up and do her work. We've talked about some of those things in previous posts. Still another way to get her to smile on you is this:

When You Find Something with Possibilities, Work It Thoroughly 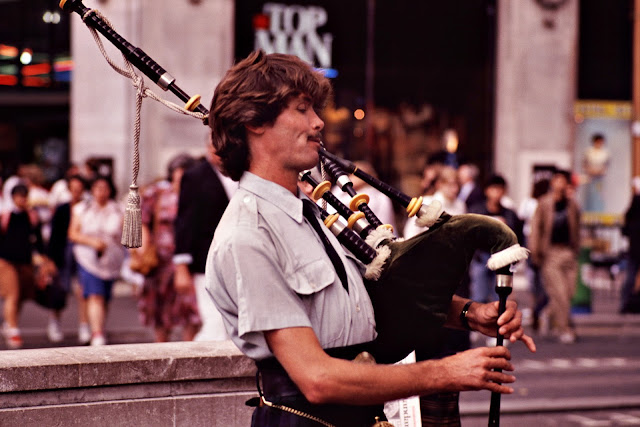 As I was photographing a street bagpiper in a small square near London's Piccadilly Circus,
I became aware of a beautiful young English woman who was also watching the piper. She was to one side and slightly behind me. 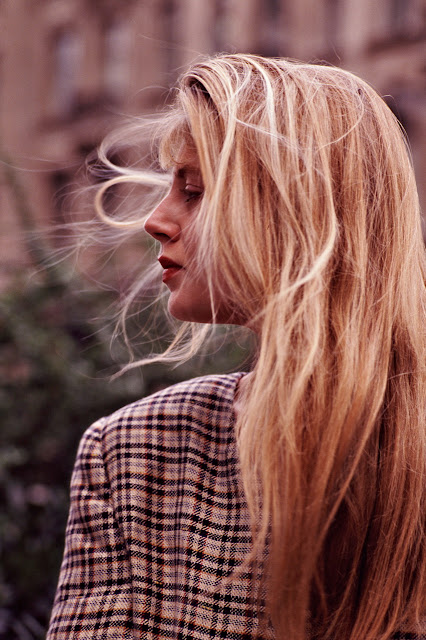 Quietly turning my lens toward her as she watched the piper, I made several exposures. 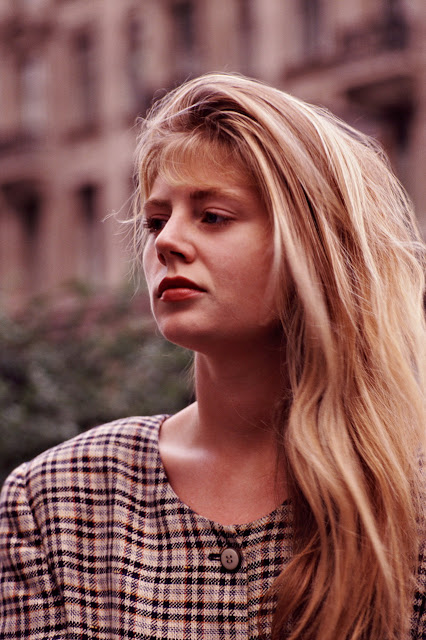 When she noticed me, I smiled a request for her to look at me. 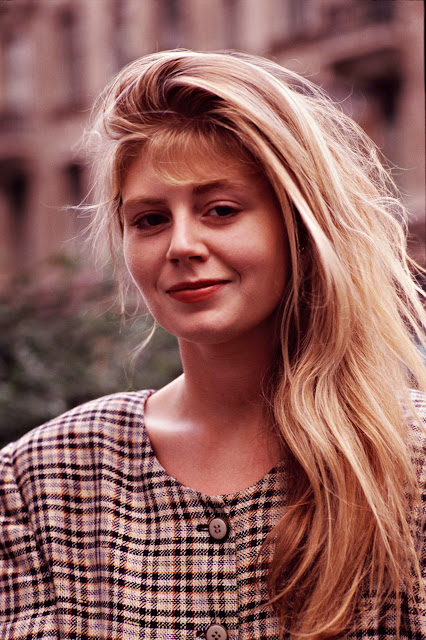 A nice photo of a lovely young woman. A good time to stop, maybe? No, because she's enjoying the attention and cooperating. If I keep shooting, something even better might happen. 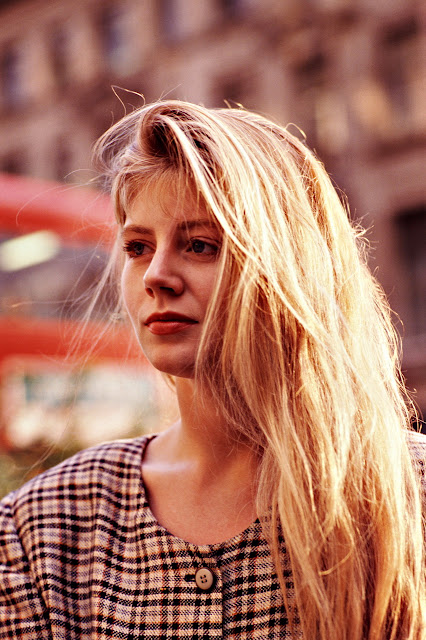 And sure enough, something better did happen: the sun came out from behind a cloud and highlighted her hair! But she was looking away. 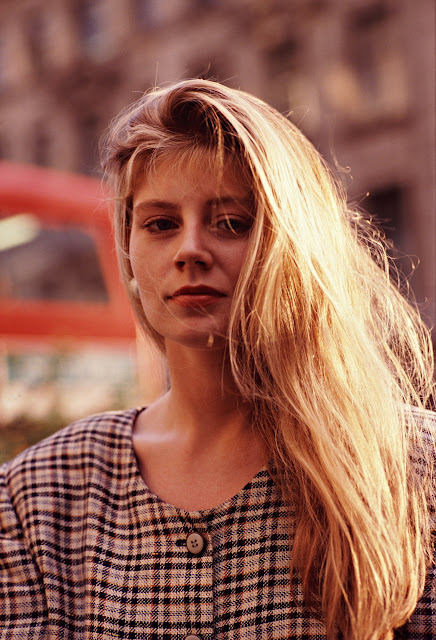 Then serendipity did its thing, as the sun continued to highlight her hair and a red, double-decker bus moved into position behind her. The essence of English beauty. I got the shot because the situation had possibilities and I kept working it. And serendipity smiled.
(Olympus OM2n, 100-300 Tokina ATX zoom, Fujichrome 100.)