March 21, 1990 began with an overcast sky. After breakfast we went to the GUM, which turned out to be closed, so we signed up for the Kremlin tour, which included a walk around the grounds and into two of the six ancient Russian Orthodox cathedrals inside the formidable walls of the fort which is the seat of the Russian government.


That government, by the way, was officially atheist; nevertheless, the churches and cathedrals are magnificently preserved as museums of Russian art and history. As part of our tour we were able to enter the Cathedral of the Assumption, completed in 1479, and the Cathedral of Michael the Archangel, completed in 1508. Both were filled with priceless works of religious art. Unfortunately, we were not allowed to photograph inside the churches.


After the tour we went across Red Square to the GUM, where a line of people wound around the building. Louise had been hoping to buy a Russian fur hat, so she got in line while I photographed my way back to the hotel. Unfortunately, she got there before I did -- she had been kicked out of the line at the door because she did not have the proper pass.

She never did get that hat.

By this time, it was 2:30 and the sky had cleared a bit. Louise decided to take a nap, so I took off on foot for the Arpatskaya, which I walked both ways looking for faces and interactions. The street was thronged with people enjoying the uncharacteristically fine March afternoon. 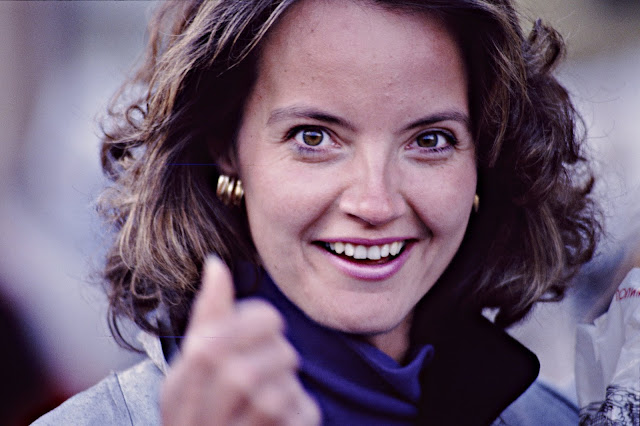 (Photographs made with Olympus OM cameras and lenses. I used the Tamron 100-300mm f4 zoom lens on an Olympus OM2s camera for the portraits. Fujichrome 100D and 400D films.)
Posted by Dave Jenkins at 6:00 AM