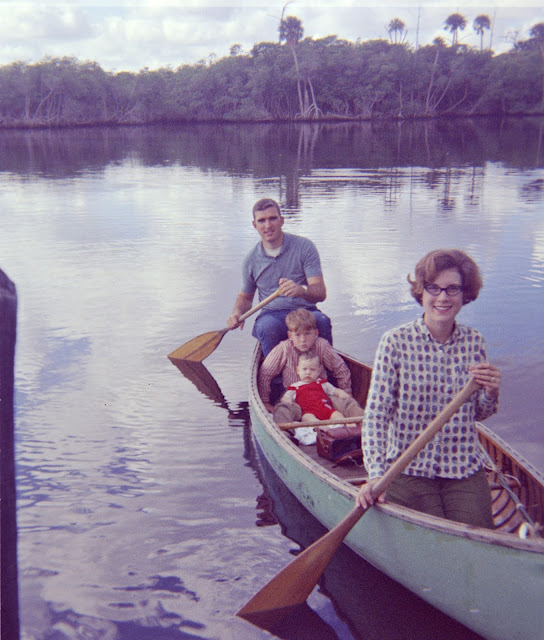 Blog Note: This post is one of a series on documenting your family. More to come.

This photograph was made with a Kodak Instamatic 104 camera, probably the least expensive one they made. Even the cheapest phone camera or digital point-and-shoot is capable of almost infinitely better sharpness and clarity than the Kodak 126 film negatives from my little Instamatic -- in fact, there is just barely enough quality to make a 5x7 print. Yet, this picture is precious beyond words to me.

I had a brief flirtation with photography while in high school, and for a time owned a good camera for the day - a Voightlander Vito B with a good lens. I lost interest while in college, and when Barbara and I were married, we got some kind of Brownie camera and made a few 3x3-inch black-and-white prints. I wish we had done more.

I had that same camera when Louise and I were married, but shortly before Don was born the shutter began sticking. I found an ad in a magazine offering a free Instamatic camera and five cartridges of film. All I had to do was send the five cartridges to their lab for processing at a reasonable fee, and the camera would be mine.

This photo was made on Thanksgiving weekend, 1968, while we were tent-camping at Jonathan Dickinson State Park near Hobe Sound, on Florida's southeast coast. Rob, seven at the time, and Don, five months, do not appear to be enjoying canoing as much as their mother and I, but this picture documents a great time in our life as a young family. The photographic quality is marginal, but adequate to preserve a precious memory.

For the glory of God alone