Maine: Some Things that Haven't Changed

As I've mentioned previously, we went to Maine three times in the 1980s: the first time in 1982 on an extended vacation; the second in 1984 when we sent our son Don to the Hurricane Island Outward Bound School; and in 1988 on a magazine assignment. We found Maine enchanting and thoroughly enjoyed each visit. But returning 31 years later was not the experience we had hoped for. Maine had moved on, and perhaps, so had we.

Even nostalgia is not what it used to be. 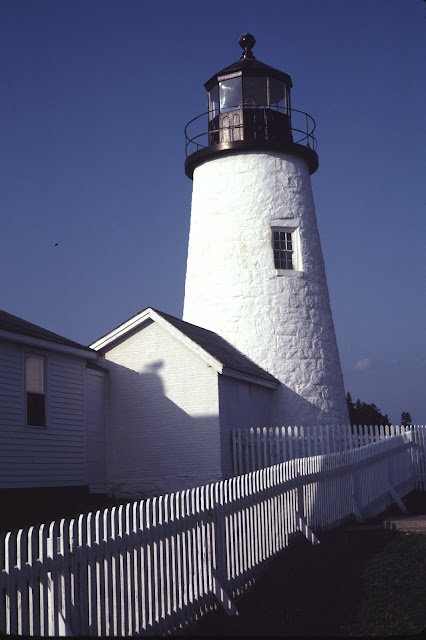 But not everything has changed. We didn't visit the lighthouse at Pemaquid Point on our 2019 trip, but I doubt it has changed much since I photographed it in 1982. (Leica M3, Kodachrome 64.) 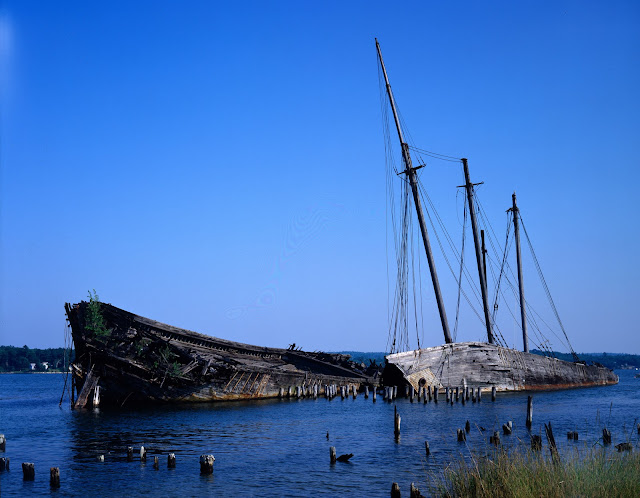 One change I expected as we crossed the Sheepscot River at Wiscasset, was the absence of the derelict schooners Hesper and Luther Little. Abandoned at the dock after their owner went bankrupt in 1934, they rotted away until 1998. They were the last four-masted schooners in the world. I photographed them in 1984 with my 4x5 view camera. (4x5 Calumet-Cambo view camera, 150mm f5.6 Caltar lens, Ektachrome.) 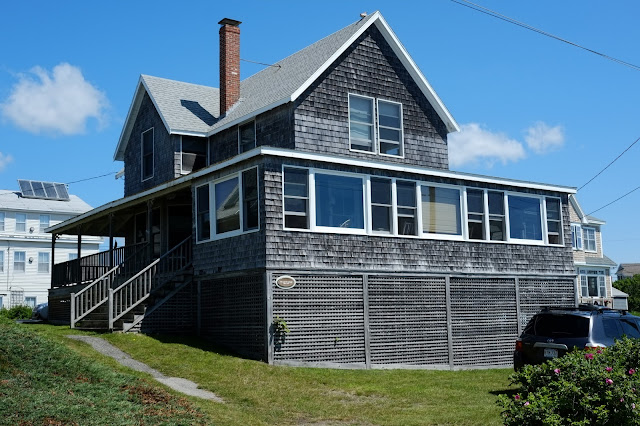 Louise's aunt's house at Higgins Beach looked much the same as when we first visited in 1982, but the beach across the street was mostly empty in those days. In 2019 it was a little more crowded, as you may have seen in Wednesday's post! (Fuji X-Pro 1, Fujinon XF 27mm f2.8 lens) 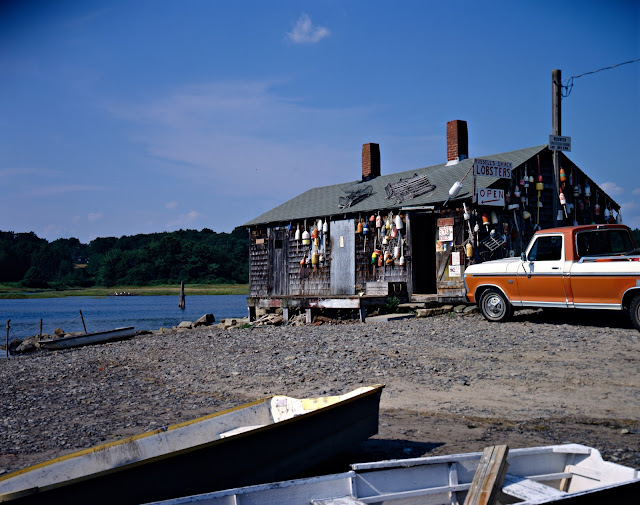 In 1984 we camped at the Cape Neddick campground for a week. It was one of the most delightful experiences in our entire camping history. The Cape Neddick Lobster Shack was nearby, and I photographed it with my 4x5 view camera, which for some reason I had decided to bring along on this trip. You can see Dennis Mook's photograph taken in October, 2019 here. Not much has changed in 35 years. (Calumet-Cambo view camera, 150mm f5.6 Caltar lens, Ektachrome.)

Just for fun, I made the obligatory photographs of Nubble Light at Cape Neddick, surely one of Maine's most photographed scenes. The first two were made with a Fuji X-T20 (a great little camera that makes big pictures) and the Fujinon XC 16-50mm f3.5-5.6 OIS-II lens, a cheap lens that's very, very sharp. 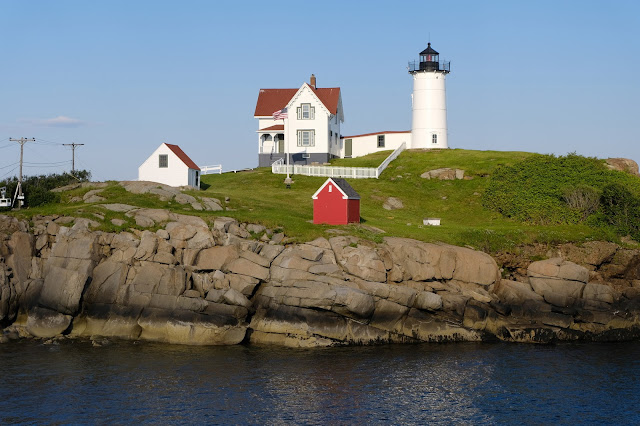 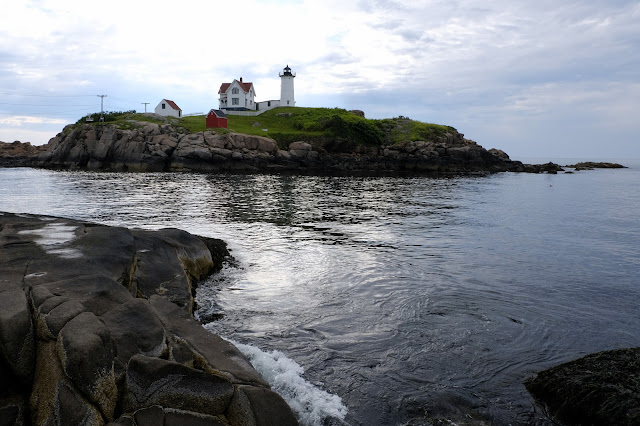 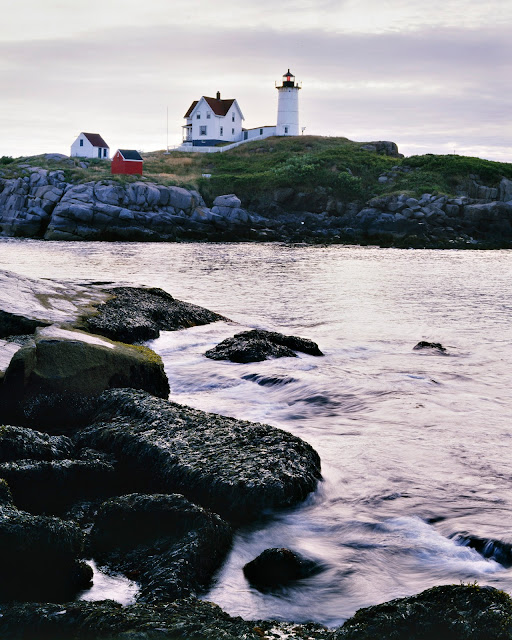 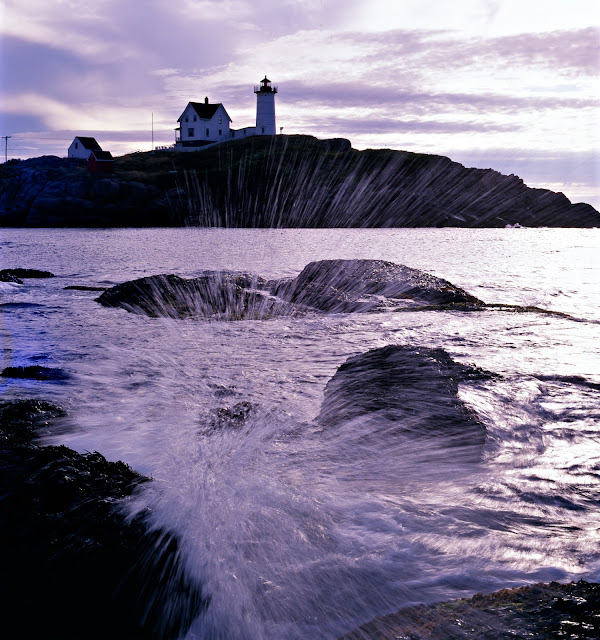 Soli Gloria Deo
To the glory of God alone
Posted by Dave Jenkins at 6:00 AM